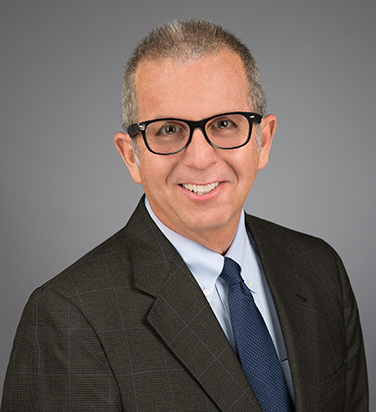 Steven was raised in western Massachusetts and graduated from the University of Massachusetts in Amherst in 1981. After moving to Florida after graduation, Steven attended law school at Nova Southeastern University where he was an active participant in all things “trial” related. He was a member of several national Moot Court teams and was a student bar association prosecutor.

Following law school, Steven opened his own firm, Steven D. Miller, P.A., and practiced in the areas of personal injury and medical malpractice. That practice area allowed Steven to become one of the great “healers” as accident victims would miraculously regain mobility, resume activities and get back to work after he passed the settlement check to them. Unfortunately, there were clients whose injuries could not be healed with a settlement check. Steven has litigated accident and malpractice cases in Florida, Massachusetts and Maine. Steven was admitted to the Massachusetts Bar in 1990.

One of Steven’s most memorable cases was against Cleveland Clinic Florida because of sexual battery committed by a staff neurologist against not one, but at least four male patients. When news of the case hit the papers, victims of the doctor came out of hiding and all told an eerily similar story of abuse under the guise of medical research. Most recently, Steven resolved a claim against Holy Cross hospital in Broward County regarding an airway fire in his client’s throat during a procedure on his client’s esophagus.

Steven’s desire to help people led him in to family law where he and his brother saw the need to provide low cost/flat fee services as a solution to folks who needed legal help but simply could not afford to pay exorbitant retainers and hourly fees charged by billable hour lawyers. They began the painstaking process of building a website to deliver the message and services. Unfortunately, the old axiom about not going into business with a family member reared its ugly head and the brothers’ business relationship ended in “divorce.” The brothers have had a case or two together along the way but the relationship has not been mended.

Steven is passionate about providing no-nonsense answers to legal issues. His answers can best be described as blunt, forthright and black and white. He does not mince words and talks in plain English, not legal mumbo-jumbo. Steven’s “love” of lawyers is epic. Though he truly believes that there are good, honest diligent lawyers in Florida, experience tells him that the trials and tribulations of practicing law in the current state of affairs, lends itself to lawyers putting their interests ahead of the client’s. Most lawyers, when presented with a new case, should be able to tell the potential client, within reasonable certainty, what the outcome will be whether the case settled today, tomorrow or a year down the road. Does the lawyer need to know every fact to form such an opinion – no. They simply need to know enough to be able to form the opinion within reasonable certainty. Do opinions change along the way? Sometimes, but if the client has been forthright, it will not change in any great way. Unfortunately, in family law, Steven’s experience is that most lawyers want to keep cases going and going and going. Why? It doesn’t take a rocket science to figure the motivation if the lawyer is getting paid by the hour. Steven tells his clients what they need to know, not what they want to hear; two very different things to be sure.

Steven D. Miller, P.A., provides services to those who simply would not be able to afford large retainers and billable hours. An average fee for a billable hour lawyer handling an uncontested Florida divorce can range anywhere from $1,500.00 to whatever the lawyer can extract. Steven D. Miller, P.A. has and will continue to provide flat fee services. Legal work should be done by lawyers and everyone should have access to a member of the Florida Bar regardless of income. Sometimes cases get a bit out of control: issues may arise that were not contemplated at the outset; a job may be lost or an unexpected medical issue may present itself. Unlike many billable hour lawyers who say sayonara when the client’s money runs out, Steven is loath to cut a client loose for financial reasons.

Steven aims to bring the legal process to the people of Florida by creating videos to show folks how the system works. From hearings to interviews with key players in the family law process, Steven’s videos will make the process “come to life” so that the mystery and fear factor of the court process is eliminated. Your lawyer should fully prepare you for the courtroom experience. The worst-case scenario in any legal matter is appearing in court for a final hearing/trial. Consequently, Steven begins preparing his clients for court beginning with the very first meeting. Preparation is the key to successful litigation.

When not working, Steven is an avid bicycle rider and rower. He has been married for 30 years and his three children are productive members of society – real people doing real things. Without question, Steven attributes that good fortune to the efforts of his wife.

Need a family law lawyer in Florida? Want to get no-nonsense answers to legal questions? Don’t want to pay large retainers and a monthly bill? Do yourself a favor and call or contact one of the best Florida online divorce lawyers. Find out if he can help you in your time of need.